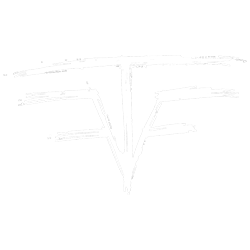 The final of the SUBLIST (Scottish unsigned bands list) Battle of the Bands took place on Saturday 10th November at the Playhouse, Nairn.

A culmination of eight heats and two semi finals. To ensure that the evening ran smoothly, it was an unusually early start for the six bands who had to be there for sound check starting around 2 o’clock. There was also an enhanced set up with KBE Event services providing sound, strobe lights and smoke machines.

By the time the first band, Park Circus from Inverness, stepped up to perform, the place was buzzing and the audience weren’t disappointed by the opening act. I’ve seen Park Circus on a few occasions and this was one of the best performances I’ve seen from them. Their obvious enjoyment and energy spread rapidly round the room.

Next up was crowd favourite Lucille from Inverness who rocked the Playhouse and continued the party atmosphere. They interacted well with the audience and had them dancing along.

Garrison Court, brothers Jack and Josh, were back to a duo for their performance. Their set was quite different, less energetic but no less enjoyable, quite individual and atmospheric.

Forgetting the Future had made the trip from Caithness for the third time. Each time they had impressed the audience and this occasion was no different. This band spend all their spare time practising and gigging and the difference between their first performance and this one was noticeable. Movements were not only energetic but synchronised.

King Kobalt, a rock band based in Inverness, were the penultimate band powering through an impressive set. Their experience of managing an audience was obvious when the mic stopped working half way through a song but the audience just kept singing. This band have a loyal fan base who make their voice heard.

Edgar Road, representing Moray, were the final act and even after such a long day didn’t disappoint. This was the sixth act of the night and the audience were enjoying the party, dancing and singing along.

There was huge camaraderie between the bands, cheering one another along and congratulating one another on their performances. They all welcomed the opportunity to bring their music to a wider audience. Craig from King Kobalt voiced what many were thinking;

“It’s a real privilege for us to be able to work alongside so many talented individuals and acts as well as perform in front of new crowds. Hopefully everyone can continue to work together to develop the already thriving music community.”

This was a competition and, at the end of the night, Forgetting the Future were named worthy winners. Their prize was recording an EP with producer Ken Allardyce. They are a band we are going to hear more from in the future as I hope we hear more from all bands who made this a night that will stay in my memory for a long time.

Throughout the journey I was introduced to many bands I’m looking forward to hearing and seeing again in the future. The final word is from the winners who said; “It was the most professional and welcoming event, packed with talent and was anyone’s game.”